NERDS AND BEYONDFOR THE NERD IN YOU

Who was Buffy’s Best Boyfriend? | Buffy the Vampire Slayer

Even though the show has been off the air now for almost fifteen years, Buffy the Vampire Slayer is still a cult classic and has a ton of awesome stories and characters. While the center of the story is Buffy and the story of good vs. evil, there is also time for plenty of romance. Today we are breaking down Buffy’s top four boyfriends throughout the series. 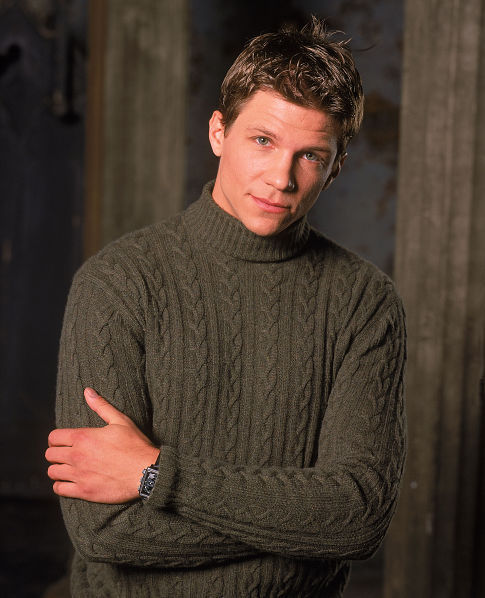 I mean, there’s not too much to say here. Riley was Buffy’s college boyfriend and all around just kind of … boring? He was part of season 4 which was one of the more boring seasons with one of the worst “big bads.” He was also part of the secret military operation, which did not add very much to the Buffyverse and just took viewers away from the characters they love. Along with all that, he was just super boring andreally made Buffy try to be something she wasn’t. That’s about all there is to say, mostly because his storyline is just so forgettable.

To all of you Spuffy fans, this is probably a low blow. And honestly if it weren’t for just one episode, he probably would have been higher up on this list. Spike really did love Buffy and put her and her friends and family in front of his ownwants and needs on countless occasions. And even though their “relationship” wasn’t exactly functional, it came at a time when Buffy wasn’t exactly functional and it was what she needed at the time. I don’t necessarily condone Buffy’s treatment of Spike at certain times, but I do think they had special moments… except “Seeing Red.”

“Seeing Red,” episode 19 of season six, is probably the worst episode in the entire show, for many reasons. (“Your shirt…” *cries forever.) But the pertinent part for this list is that Spike literally attempts to rape Buffy. And some people might say, “Oh but he made up for it because he went and got his soul back.” No? No it kinda doesn’t. It’s just not something to just get past. But he is one of the best characters on the show, outside of their relationship, and he certainly was no Riley.

Honestly, Angel only comes slightly before Spike, and the only reason is because it’s clear from the writing that Buffy and Angel will always love each other. I think one of the main reasons that “Bangel” is the highest on this list is just because Angel is such a great character, both as Angel and as Angelus, as evil as he is. (Also, David Boreanaz, swoon.) Though certainly the age difference could be considered super creepy, between the writing and the acting they do it really well and they create this very Romeo and Juliet-esque scenario that’s super compelling.

Also, who can get through Becoming: Part Two without crying? The acting from the two of them and just it’s just utterly heartbreaking. Whether their relationship is a lasting one is questionable but certainly he was the best of the three boyfriends Buffy had.

But Buffy only had three boyfriends, you say. Who could be number one? It doesn’t make sense!

That’s because #1 is no boyfriend. Yes, Buffy’s best boyfriend is no boyfriend. Buffy is, despite Joss Whedon, a badass female icon and the best moments of the show come when she is with her friends or just solely on her own. The best characterization and best episodes of the show have nothing to do with boyfriend drama – they are about self and independence and bravery, and that’s why fans fell in love with Buffy.

Do you agree with this ranking? Do you disagree? Leave a comment below with your thoughts, and catch Buffy the Vampire Slayer on Hulu today.

‘In Every Generation’ Review: Kendare Blake Takes Us Back to the Buffyverse

Nerds Gets Spooky: Buffy, Willow, Oz, and Xander Face “Fear, Itself” in ‘Buffy the Vampire Slayer’

Greg Sestero Is Bringing ‘The Room’ to FAN EXPO Boston

This website uses cookies to improve your experience while you navigate through the website. Out of these cookies, the cookies that are categorized as necessary are stored on your browser as they are essential for the working of basic functionalities of the website. We also use third-party cookies that help us analyze and understand how you use this website. These cookies will be stored in your browser only with your consent. You also have the option to opt-out of these cookies. But opting out of some of these cookies may have an effect on your browsing experience.
Necessary Always Enabled
Necessary cookies are absolutely essential for the website to function properly. This category only includes cookies that ensures basic functionalities and security features of the website. These cookies do not store any personal information.
Non-necessary
Any cookies that may not be particularly necessary for the website to function and is used specifically to collect user personal data via analytics, ads, other embedded contents are termed as non-necessary cookies. It is mandatory to procure user consent prior to running these cookies on your website.
SAVE & ACCEPT